Schaffner: In Defense of Fanfiction

"Community and friendship come naturally  in fandom, because the fan world is both free and reciprocal.  It is ingrained with practices of sharing and responding, of reviewing what you read, of giving fanfics as fits, making reading recommendations to friends... and "beta reading" friends' stories before they're posted.
Schaffner, B. (2009). In defense of fanfiction. Horn Book Magazine, 85(6), pg. 614. 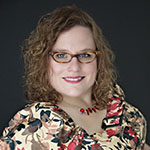 The following is a basic overview of the history of fanfiction and is not intended to be a definitive timeline.  It is a work in progress.

Popular works have always inspired others and early examples of fan based fiction can be found as far back as Chaucer.  These start to become more recognizable with fiction based off of Arthur Conan Doyal's Sherlock Holmes and several H.G. Wells works around the turn of the last century.  Surviving examples were mostly works that found publication, and thus differ from the "modern" understanding of non-monetized fiction.

The growing popularity of fanzines based on a shared love of science fiction give rise to the term "fan fiction" but the use is primarily in regard to armature story-writers.  The narrowing of focus to works based on pre-existing worlds begins to take root with the advent of the Star Trek franchise in 1966.  There is a debate within fanfiction on whether or not Star Trek can be credited as the "original" fanfic fandom, but the massive popularity of the franchise as well as the large amount of fanfiction that was produced as well as the close community that formed around the show has had a very large impact on the phenomena.

Slash fanficition received its name during this period of time, based on the designation K/S that was used to alert readers that the work contained fiction where a sexual relationship was present between Kirk and Spock.This term is still in use today.

These early works were often mimeographed and distributed via mailing lists and/or sold for a small fee at fan conventions.  The fanfiction community communicated with one another largely through fanzines and the convention circuit until the advent of the Internet.

The advent of the Internet allows fanfiction to reach a wider audience then ever before.  At first this takes place in fan based communities on sites like AOL, CompuServe, and Usenet.

In 1998 the nonprofit website Fanfiction.net comes online.  This site allowed users to upload story content and archive works from a variety of fandoms in the same location.  It also allowed users to leave feedback on stories and sign up for email alerts when updates to works in progress were available.  At first these advanced communication features were only available to members who paid a small access fee.

In the early 2000's fanficiton.net switches from a paid-membership model to an advertisement based website funding system. This allows the website to expand dramatically.  About this same time, new rules regarding content and explicit material are enacted causing many in the fanfiction community to boycott the site.  Alternatives such as adultfanfiction.net start to appear.  While fanfiction.net remains a very large player in the fanficiton community it continues to be surrounded by controversy and allegations of censorship.

LiveJournal, GeoCities, and MySpace give a platform for fan authors to publish stories independent of the listserv, zine, and fanfiction.net  These remained popular for many years until Geocities was closed.  LiveJournal continues to experience a large and flourishing fanfiction presence.

It is during this time that fanfiction begins to attract the attention of scholars, the press, and publishers.  The question of copyright and legality of works starts to circulate and several authors such as Anne Rice and Orson Scott Card make statements, and in some cases file lawsuits, against fanfiction and fanfiction authors. Other writers such as J.R. Rowling come out in support of the act.

June 2013 - Amazon announces AmazonWorlds, an attempt to allow fanfiction writers and popular fandoms to monetize fanfiction. Fic authors receive some of the proceeds, while the rest goes to the originator of the genre.  As it opened only three fandoms were present in AmazonWorlds: Gossip Girl, Pretty Little Liars, and The Vampire Diaries.  As with most attempts to monetize fanfiction, AmazonWorlds has been met with intense fan scepticism and the ultimate success of the venture is still up in the air.