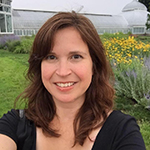 In 2002 a group of scholars representing many points of view, academic disciplines and nations met in Budapest to explore ways to accelerate progress in the international effort to make research articles in all academic fields freely available on the Internet.  The result was the Budapest Open Access Initiative that defined the purpose and goals of Open Access (OA):

…Removing access barriers to this literature will accelerate research, enrich education, share the learning of the rich with the poor and the poor with the rich, make this literature as useful as it can be, and lay the foundation for uniting humanity in a common intellectual conversation and quest for knowledge.

Thousands of individuals and organizations representing researchers, universities, laboratories, libraries, foundations, journals, publishers, and learned societies have endorsed the Initiative, and many university faculty have adopted Open Access policies. On April 13, 2015 the  Faculty Senate voted to adopt the  Open Access Policy.  This site includes the OA policy with an analysis of the specific language used; a FAQ; links to more information about OA; and a feedback form to facilitate dialog about open access and the  Open Access Policy.

Learn about open access policies and their value to authors, readers, and the world at large. Start conversations on your campus about how to get started with an OA policy. This short animated video was developed by the Coalition of Open Access Policies (COAPI) with generous support from SPARC and ACRL.