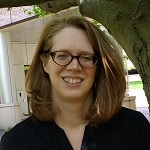 Many of the items included within these collections can also be found via the library catalog.

The Atomic Bomb and the end of World War II: A Collection of Primary Sources Created by the National Security Archive (NSA), this site contains approximately 80 internal, declassified documents regarding the decision to drop two atomic bombs on Japan.

Cold War International History Project (CWIHP) The CWIHP disseminates new information and perspectives on the history of the Cold War, in particular new findings from previously inaccessible sources from the former Communist world.

Cuban Missile Crisis and Aftermath, 1961-1963 Is a collection of foreign relations papers available from the Avalon Project at Yale Law School.

Documents from the Womens Liberation Movement: An Online Archival Collection (Duke University) The materials in this online archival collection document various aspects of the Women's Liberation Movement in the United States, and focus specifically on the radical origins of this movement during the late 1960s and early 1970s. Items range from radical theoretical writings to humourous plays to the minutes of an actual grassroots group.

Harlem History This site, created by Columbia University, includes information on "Arts and Culture," "The Neighborhood," and "Politics." It is a valuable resource for those interested in African American culture and political activism.

FBI Freedom of Information Act Electronic Reading Room After 1975 many FBI files became open to the public. Thousands of pages of documents have been scanned and made available on the FBI’s Web site. These include files on such groups and persons as, Aryan Brotherhood, Black Panther Party, Wallace D. Fard (founder of the Black Muslim movement), Ku Klux Klan, Muhammad Elijah, Posse Comitatus, Weatherman Underground.

The Malcolm X Project at Columbia University This site contains a Multimedia Study Environment, oral histories, and, most importantly, an index to 4000 pages of FBI files on Malcolm X.

New Deal Network A research and teaching resource devoted to the public works and arts projects of the New Deal. At the core of NDN is a database of more than 3,000 photographs, political cartoons, and texts (speeches, letters, and other historic documents from the Depression and New Deal period). Includes an excellent annotated list of online resources for teachers and students.

The Nizkor Project -- dedicated to refuting Holocaust denial, this site offers the Nuremberg Trial proceedings in searchable form, as well as other documents on the Final Solution.

Radical America, 1967-1999 Radical America was a product of the campus-based New Left of the late 1960s, specifically the Students for a Democratic Society (SDS), but the magazine long outlived its seedbed. Its trajectory shows something about the effort to place an intellectual stamp on the radical impulses of the late twentieth century.

Digital Schomburg The Schomburg Center for Research provides on-line access to documents, artifacts, art, photographs, moving pictures, and many other resources that deal directly with African American culture and race.

The Wars for Vietnam: 1945-1975 This site, developed around the course materials for Robert Brigham's senior seminar on the Viet Nam War at Vassar College, offers students an opportunity to examine some of those sources, including numerous official documents. Brigham was the first American scholar given access to the Vietnamese archives on the war in Hanoi. Included here are his translations of some of the Hanoi documents, offered for examination and study.

Whitehousetapes.org The Miller Center for Public Affairs at the University of Virginia has made available about 5000 hours of recordings of US presidents from Franklin Roosevelt to Richard Nixon. Documents can be accessed through both print and audio, and include materials on the Cuban Missile Crisis, the JFK assassination, and the space race.

The World War I Document Archive This site provides access to many primary documents, including treaties, conventions, and personal memoirs.

World War II Resources maintained by Purdue University provides access to primary source materials on the Web regarding all aspects of the war.