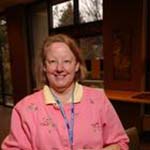 The Randolph Caldecott Medal
The Caldecott Medal is the property of the American Library Association and cannot be used in any form or reproduced without permission of the ALA Office of Rights and  permissions.In 1937 René Paul Chambellan designed the Caldecott Medal. The bronze medal has the winner's name and the date engraved on the back. When the Caldecott Medal was accepted in 1937, the Section for Library Work with Children invited the School Libraries Section to name five of its members to the awards committee each year. For this reason the Caldecott Medal inscription reads, "Awarded annually by the Children's and School Librarians Sections of the American Library Association." This is a combination and simplification of the actual names of the sections. The wording continues even though several ALA reorganizations resulted in 1958 in the present divisions, including the Children's Services Division, now the Association for Library Service to Children, which now has sole responsibility for administering the award.

How the Caldecott Medal Came to Be
Each year the Newbery Medal is awarded by the American Library Association for the most distinguished American children's books published the previous year. However, as many persons became concerned that the artists creating picture books for children were as deserving of honor and encouragement as were the authors of children's books, Frederic G. Melcher suggested in 1937 the establishment of a second annual medal. This medal is to be given to the artist who had created the most distinguished picture book of the year and named in honor of the nineteenth-century English illustrator Randolph J. Caldecott. The idea for this medal was also accepted enthusiastically by the Section for Library Work with Children of ALA and was approved by the ALA Executive Board.

The Caldecott Medal "shall be awarded to the artist of the most distinguished American Picture Book for Children published in the United States during the preceding year. The award shall go to the artist, who must be a citizen or resident of the United States, whether or not he be the author of the text. Members of the Newbery Medal Committee will serve as judges. If a book of the year is nominated for both the Newbery and Caldecott Awards the committee shall decide under which heading it shall be voted upon, so that the same title shall not be considered on both ballots." In 1977 the Board of Directors of the Association for Library Service to Children rescinded the final part of the 1937 action and approved that "any book published in the preceding year shall be eligible to be considered for either award or both awards." Separate committees to choose the Newbery and Caldecott Awards were established in 1978 and began with the 1980 selection committees.

From the beginning of the awarding of the Newbery and Caldecott Medals, committees could, and usually did, cite other books as worthy of attention. Such books were referred to as Newbery or Caldecott "runners-up." In 1971 the term "runners-up" was changed to "honor books." The new terminology was made retroactive so that all former runners-up are now referred to as Newbery or Caldecott Honor Books.